Okay, here we are again! It’s 2019. Shit. Where should I go with this project? In the past I always knew which thing to add next to a game, but now not so much. I’ve also been ‘out of it’ for too long I think.

Going to start up the game and write down what I feel about it. Trying to stay ‘zoomed out’ to help me decide on a direction for the next two months. I still want to work towards a prototype release by the end of that.

The above points aside, maybe I just need to get back into the groove with a task that’s important for any path.

I modeled a small tent. 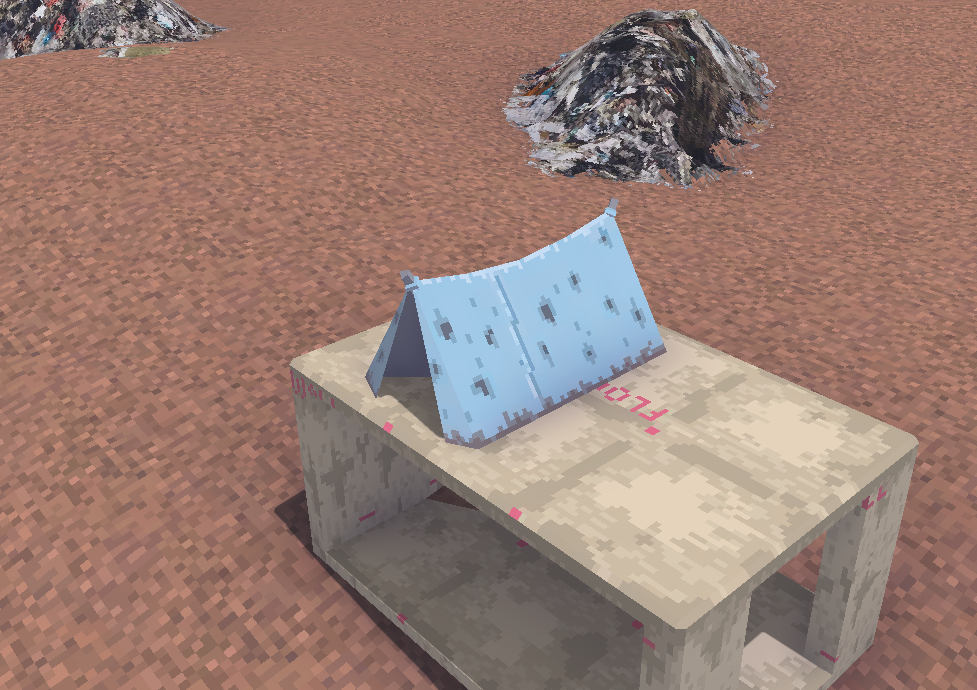 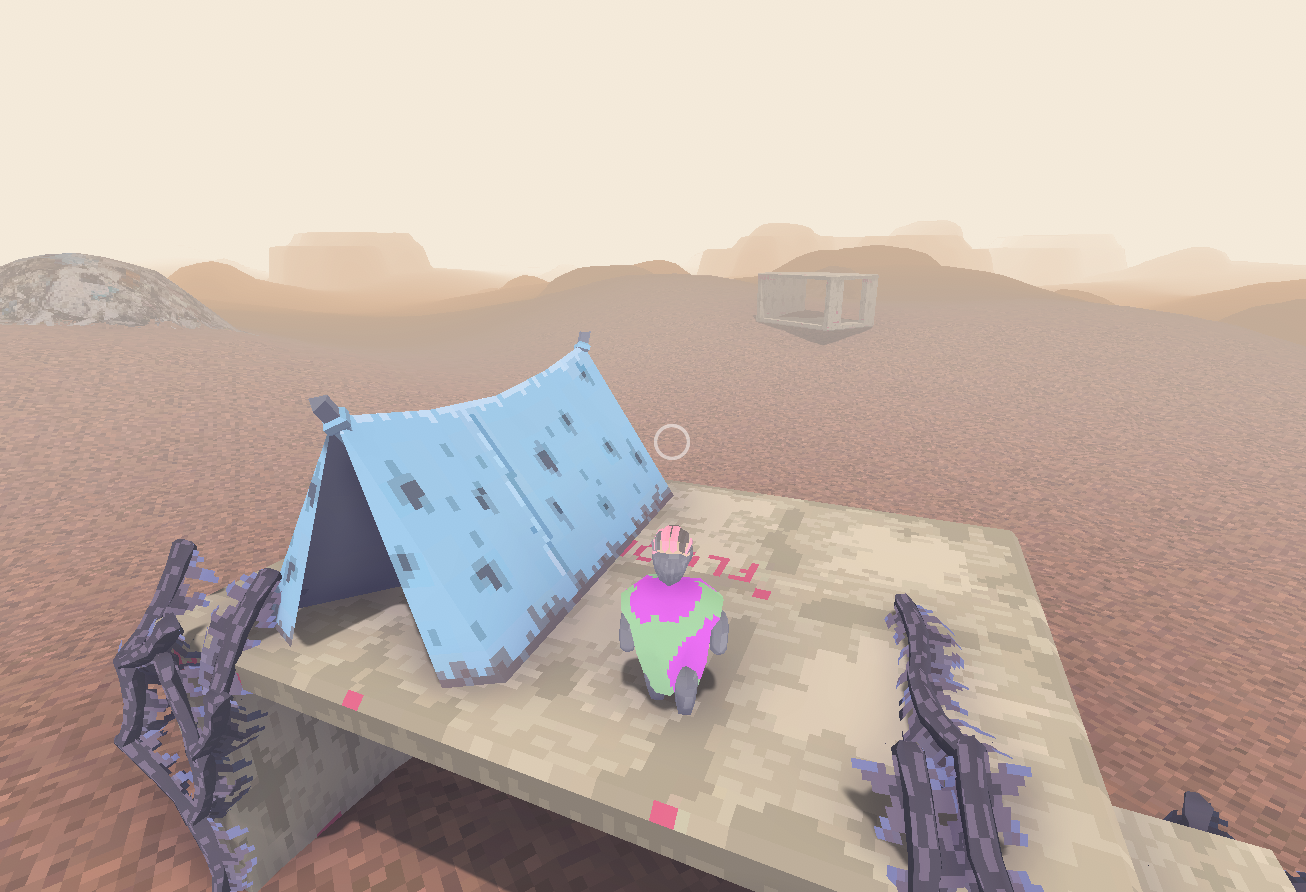 I’ve assigned ownership, now I want to visualise it.